Role Mapping is created to assign roles to users based on their SAML attributes. Through this, the particular role will be applied to users once they meet the specified conditions when logging into WordPress via authentication. 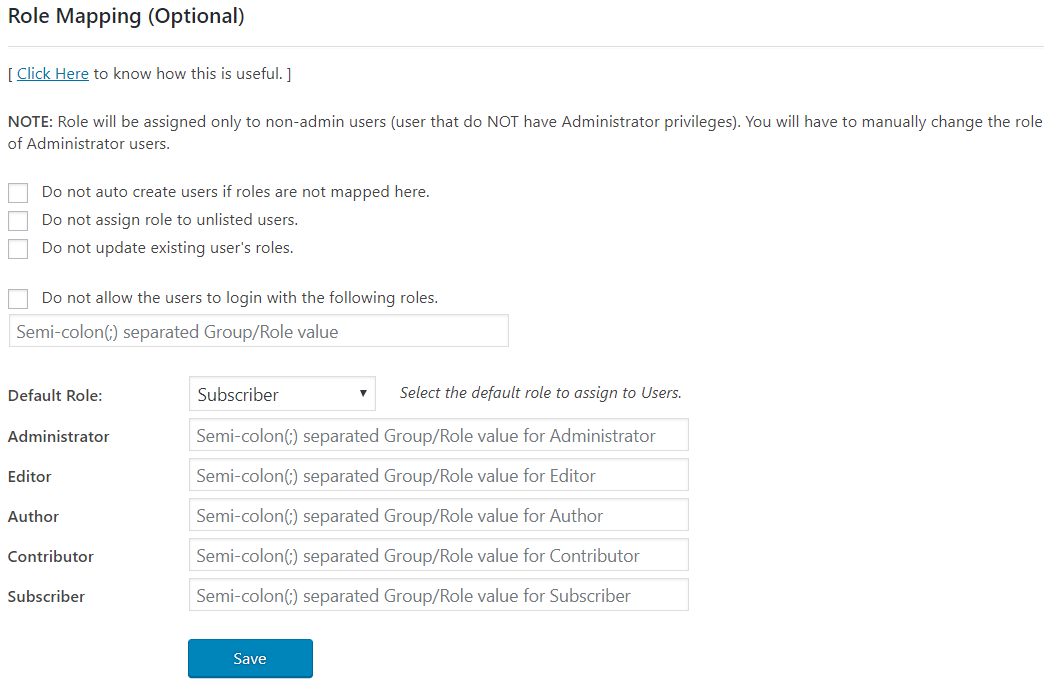 This feature allows you to provide user capabilities based on their IdP attribute values.
Wordpress has 5 pre-defined roles :

You can also add your own Custom Roles by using the plugin – https://wordpress.org/plugins/miniorange-user-manager/. Your custom roles, if added any, will also be displayed in the role mapping section.
In the attribute mapping section, we have mapped GROUP in the Group/Role field.

Now you can use these GROUP values to configure role mapping.
Let’s say we an organisation “SCHOOL” and for that we have the following groups at the IDP side –

We have assigned those groups to a particular role.
We can even assign multiple groups in a single role. As we have assigned Students and Workers group to Subscriber role.

Role Mapping has the following features:


Need Help? We are right here!

Thanks for your inquiry.

If you dont hear from us within 24 hours, please feel free to send a follow up email to info@xecurify.com